Should I Paint My Ceiling the Same Color as the Wall?

May 28, 2016 / Burnett Painting
Should I Paint My Ceiling the Same Color as the Wall?

Whenever you are thinking of a design or decorating idea for your home, you should take the current trend into account. Even if you are not going to follow the modern trends, having a bit of knowledge about what others are doing can help you 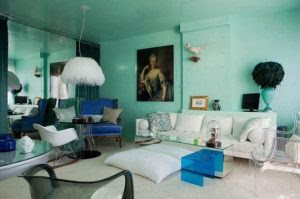 find the right design idea for your home.

However, when it comes to ceilings, you want to make sure that whatever paint color you choose, it will work for at least a couple of years, since repainting the ceiling can be a difficult task.

Mentioned below are some of the things to consider for a more informed decision about painting your ceiling:

When you need to paint the ceiling of a small room, you should keep this rule in mind, a line between two colors draws attention.  Meaning, if the ceiling and wall are two different colors it makes the viewer more attentive to the ceiling and more aware of its color. Also, by using a line between two colors in smaller rooms, you can create an illusion of making the ceiling appear taller. At the same time, it also makes the small room look larger. Although, the idea of using the same color for the walls and ceiling isn’t a bad one since it helps disguise the ceiling so it blends more, which can also make the small room appear more spacious.

However, if you have a large room to paint, painting the ceiling the same color as the wall may not be a good idea.  If you apply the same color on your ceiling and walls, the color can flatten out the entire appearance of the room. On the other hand, using one color on ceiling and another on the walls can actually add elegance to a good-sized room.

How to Clean Paint off of your Carpet