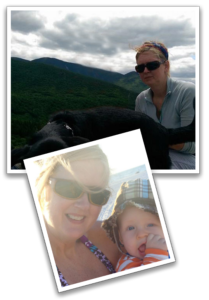 Kurt Dwyer and Jennifer McSharry met in September of 1997 at the Boston Commons, a public park in Massachusetts. Jennifer was walking her 120lb Labrador/Shepard mix and Kurt brought the dog, Floyd, some water. It was a mutual friend that Jennifer was with that day who officially set up their first date (the very next evening!) and they have been together ever since.

At the time, Kurt worked for a hardwood floor restoration company out of Westwood, MA while Jenn ran a cleaning company which afforded her time to spend with her daughter Krystina who was eleven then.

After working with Kurt one day and realizing how difficult his job was, Jenn convinced him to start his own business. She had done it with her cleaning company and he could do it as well. She would help him, in fact, they would do it together.

Kurt’s seven years of prior painting experience got them started and Jenn promoted them to all of her regular cleaning clients. Things picked up for the small company and work flowed in from all sorts of sources (Jenn’s cleaning customers, family members, friends and word of mouth referrals). They hired another painter to help with the work load and continued to acquire new customers. A few years later Jennifer went back to college to earn a business management degree. Things were great…

Then the great recession hit!

Things not only slowed down for KDP but almost stopped all together. Thank God for Jenn’s full time job, at least there was a pay check every week to keep the bills paid. Then on the second day of her second business degree program class she got let go from her job…it was nothing personal, in fact they loved her, she was remarkable, it was business and she was not the only one. Out of fifty employees Jenn was one of six that got laid off.

Not knowing what to do and not wanting to upset Kurt Jenn decide to go to class and talk with Kurt later that night. Jenn attended Eastern Nazarene College (ENC) in Quincy, MA. She had never felt so welcome or fit in anywhere quite the way she felt and fit in at ENC. She went to class and during the traditional open of class prayers she told her professor, Mr. McCabe, and her fellow students that she had been let go from her steady stream of income job…she was upset and they all prayed together. She left class with the strength and clarity she needed to break the bad news to Kurt but she had a feeling of joy in her heart, a feeling of possibility.

When one door closes another door opens… 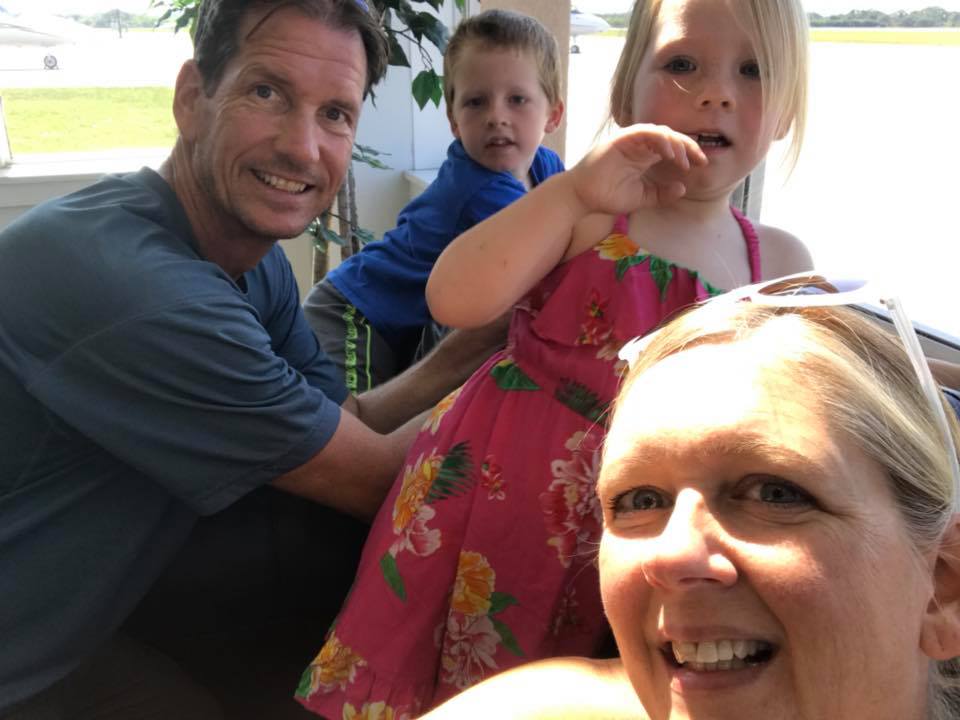 Jenn told Kurt that she had been laid off and their “Thank God” for this job was no more. She also told him how they prayed at school and how she felt like somehow this was meant to be, there was something else out there. Together they decided that Jenn would finish college as this was so important to her. They also decided to check out a painting trade group conference that Kurt had seen a flyer for at their local paint store. The attention grabbing headline on the flyer read “Weathering the Storm – How to Grow Your Company During a Recession”. Was this an answer to their prayers? They scraped up the registration fee and headed out to Western MA to a weekend that unbeknownst at the time would, several years later, lead to an amazing opportunity.

Kurt and Jenn joined the Painting and Decorating Contractors of America in 2008. This was one of the best business oriented decision the couple made to that point. The PDCA taught them to take action (not wait for the phone to ring), it taught them to differentiate themselves, it gave them the tools they were lacking and they made a few really good friend along the way. They were assigned to the Boston Chapter and were elected chapter presidents a year and a half later. In order to prepare them for their new demanding roles, they were sent off to attend a leadership conference. It was at that conference in Baltimore, MD they met a fellow business owner from Venice, Florida named Steve Burnett.

Kurt and Jenn were impressed with Steve. He is a charismatic, energetic, ambitious, motivated, go getter! He told them about his painting company in sunny Florida, he told them about his 9 year warranty , this was unheard of in MA, he talked about many different aspects of his company and left them with a feeling of astonishment. IF they could take a few of Steve’s ideas and implement them into KDP…they could get to the next level!

That’s when something magical happened 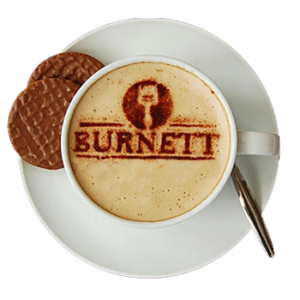 Steve asked Jenn if she and Kurt would like to own Burnett 1-800 PAINTING. This was quite a turn of events, was it even possible? As it turned out, Steve was busy achieving a lifelong dream with his new company Burnett Marketing. He could not think of anyone better to sell Burnett 1-800 PAINTING to than the husband and wife team from MA that he had met in Baltimore so long ago. Kurt and Jenn are a husband/wife team just like he and April. Kurt and Jenn are like minded and belong to the same professional trade group (The PDCA). Kurt and Jenn are loyal fans of Benjamin Moore products just like Steve. It made perfect sense to hand his business over to Jenn and Kurt.